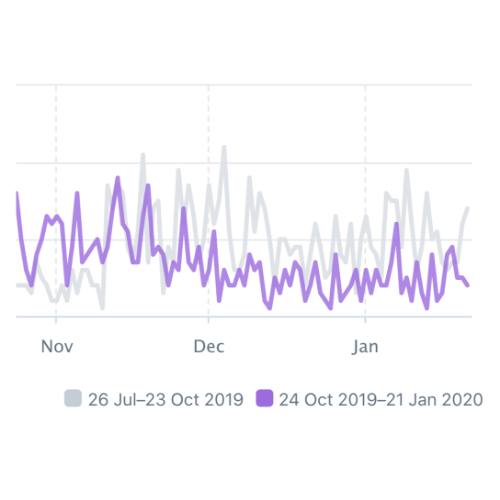 The Science and the Secrets Behind Your Shopify Conversion Rate

To increase your Shopify conversion rate, you need to understand what makes people buy. The biggest stores employ teams of analysts to study consumer behaviour, uncovering hidden patterns that can give their website an edge. This list of proven effects and scientific studies contains insights from over half a century of scientific research.

The Science Behind Your Shopify Conversion Rate

The Consumer Behaviour and Psychology Library

How Science Can Boost Your Shopify Conversion Rate

In 2019, the average order value (what each customer spends within a month of their first purchase) across every Shopify store was $63.50. That’s higher than most eCommerce websites. However, according to surveys taken across the whole year, the average conversion rate for a Shopify store was just 1.5%. That puts it below the most recent eCommerce conversion rate benchmarks of around 1.85%. To find out whether your Shopify conversion rate is higher or lower than average, you need to visit the “Reports” section of your store’s Analytics and choose the “Online store conversion over time” report. 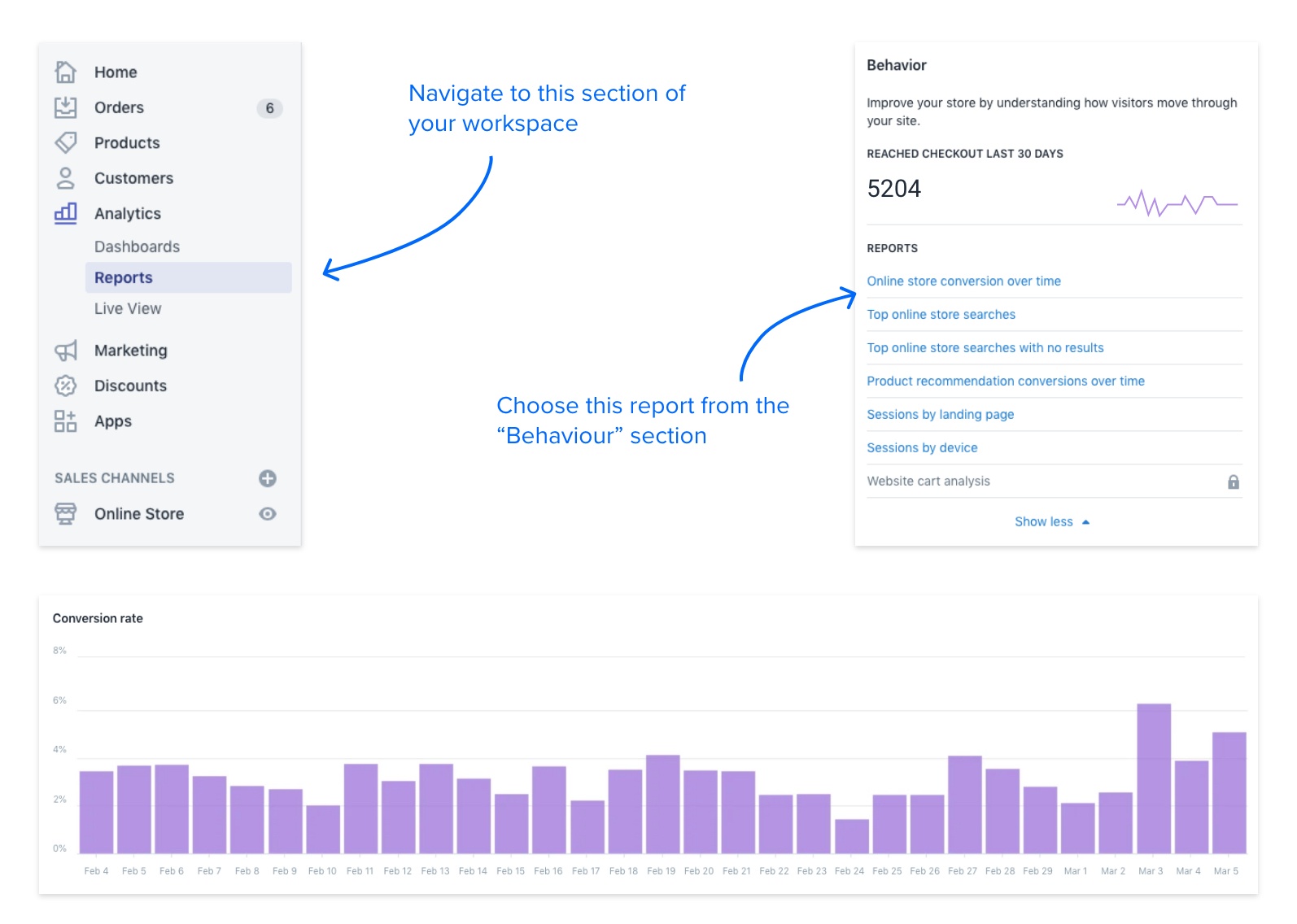 If your Shopify conversion rate is higher than 3.1%, you’re in the top 20% of Shopify stores. In that case, working on your conversion rate will produce a smaller return (you should work on something else). However, for stores that convert between 1% and 3% of visitors, increasing conversion rates is the most efficient form of marketing.

In 1974, two psychologists (Daniel Kahneman and Amos Tversky) published a controversial article in the American Association for the Advancement of Science journal: Judgement under Uncertainty. In it, they showed how psychological biases such as “Availability” and “Anchoring” affect everyday decisions. The article was disruptive because it suggested that many of our choices are due to guesswork and bias rather than reason. Yet, despite the controversy, research published in the following half-century has supported this idea.

Scientists like Richard Thaler, Daniel Kahneman, Dan Ariely and Robert Cialdini have shown how the decisions we make are very often irrational. By studying large numbers of people and their behaviour, these irrational biases become predictable.

Because of how important these effects are to how we make decisions, they can decide whether or not your customers click “buy.” As a result, biases play a big part in your Shopify conversion rate.

We are helpless to resist the power of scarcity. When something is rare, its value goes through the roof. Not only does that make it more valuable, it also shapes the choices people make. The “Fear of Missing Out” can turn a difficult choice into a no-brainer.

In an experiment conducted in 1975, the psychologists Adewole, Lee and Worchel showed that supply has a big impact on the way people value an object. 200 female students were asked to guess the value of cookies in two different jars: one where the cookies were “running out,” and one where there were plenty.

The results showed that…

As this famous experiment demonstrates, scarcity is a powerful way to increase the value of an item. That means you can use it to make people want your products more and to increase your conversion rates on Shopify.

How To Increase Your Shopify Conversion Rate With Scarcity

Copywriters often incorporate elements of scarcity into their product descriptions and titles. It’s easy to edit these using the Shopify product editor, and (by duplicating the product page) you can A/B test your descriptions with and without scarcity.

One of the advantages of using Shopify is the large selection of apps and plugins available. Using a Fomo app allows you to show your customers when a product is low in stock. Some apps even estimate when it is likely to sell out. Because low stock messages are based on real scarcity, they can have a powerful effect on your customers’ behaviour.

One of the biggest challenges for eCommerce and retail websites is turning a customer’s interest into action. There are hundreds of options available online for most consumer products, so it takes a lot for someone to commit to a purchase. By creating urgency with a time-limited offer, you can stop customers procrastinating and increase your conversion rate.

Neurobiological research suggests that procrastination may be affected by the structure of the brain. In short-term situations, the limbic system (where pleasure, anxiety and emotions occur) is able to overpower the pre-frontal cortex (which is associated with planning and decision making). Because of this, it is common for people to delay unpleasant or stressful activities, reducing their short-term anxiety.

Whilst real-world decisions are more complicated than this simple division of brain structures suggests, there are many similar scenarios in which the brain gives short-term priority to emotional factors (like fear). That helps to explain why people delay making difficult decisions.

How To Increase Your Shopify Conversion Rate With Urgency

Introducing a deadline creates an emotional reaction that helps to counter-balance the immediate stress of making a purchase. Rather than agonising over the decision, often putting it off until later, a deadline encourages people to take action immediately.

To add urgency to your Shopify store, you need some triggers. Again, the simplest approach is to use your product title, image and description to highlight a time limit. For example, some product descriptions and titles present customers with their “last chance” to get a particular deal. 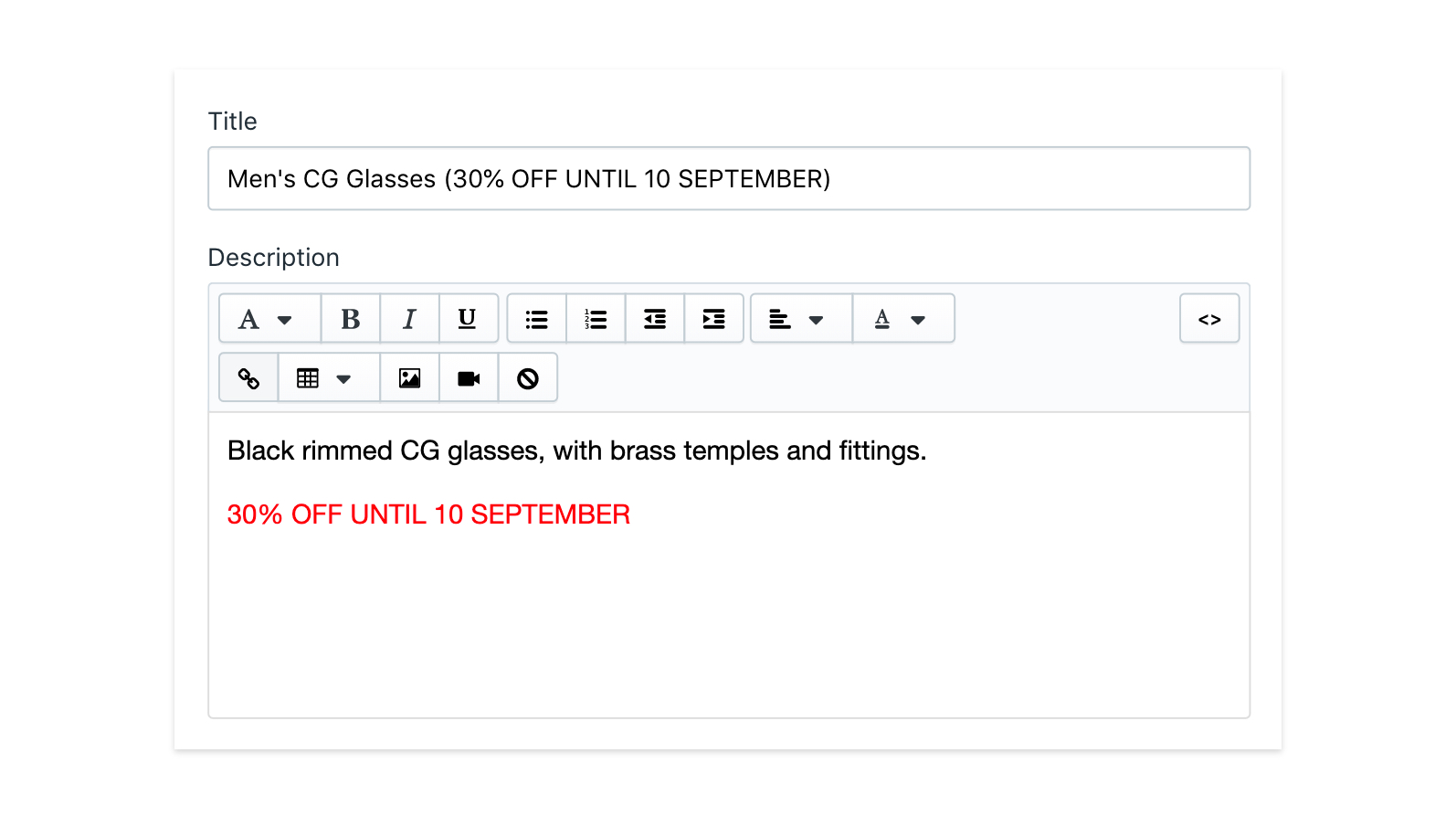 Leveraging biases in your product descriptions has the advantage of being visible in your page’s Meta Title and Meta Description. Therefore, any internet search that displays your product will show that it has a time-limit attached. Not only will this bias improve your Shopify conversion rate, it will also improve your SERP click-through rate.

To enhance the urgency associated with a time limit, you might consider adding a countdown timer. The Shopify App Store contains a number of countdown plugins that can be attached to buttons, installed as a widget or used as a header bar. In fact, there are over 50 specialist apps designed to create urgency. 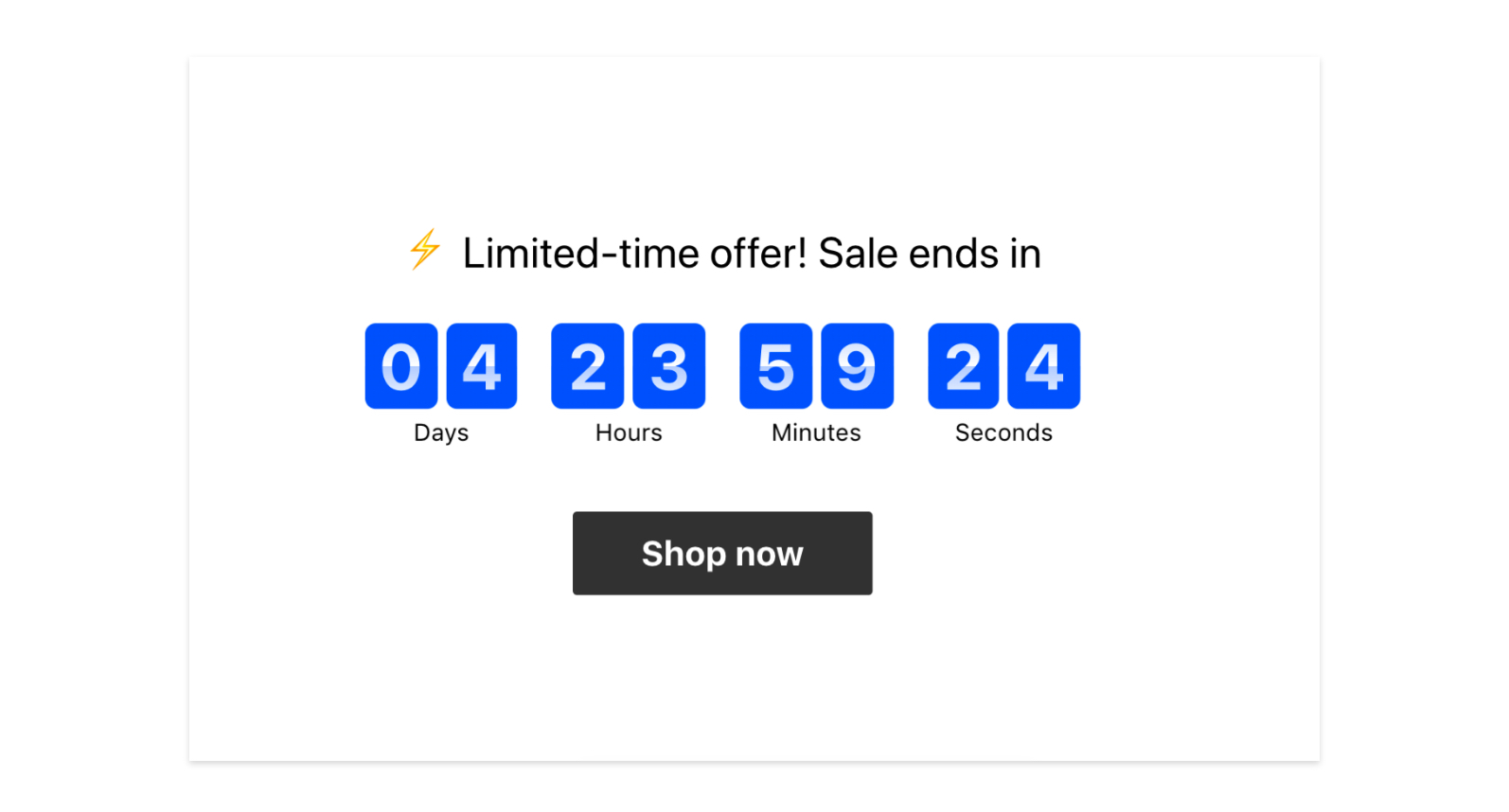 3. The Secret Power of Social Proof

Other people have a big influence on our opinions and our choices. Since the early 20th-century, psychologists have shown how group influence can shape our perception of the world around us.

In recent years, this effect has become known as Social Proof, and it has become a common feature within eCommerce websites.

In the famous “Hotel Towels” experiment, Robert Cialdini (along with Noah Goldstein) tested the effect of Social Proof on the power of a simple sign. Hotel guests were shown two different signs prompting them to recycle their towels. One group (A) were told that reusing their towels was better for the environment. The other group (B) was given the same information AND told that the majority of other guests had chosen to recycle their towels.

The result showed a clear and statistically significant impact. Group A recycled 35% of their towels, whilst Group B (the Social Proof condition) recycled 40%.

How to Increase Your Shopify Conversion Rate With Social Proof

To see Social Proof in action, all you have to do is look at a product on Amazon. Each one has its own reviews and star-ratings, designed to build confidence in the seller and the product. 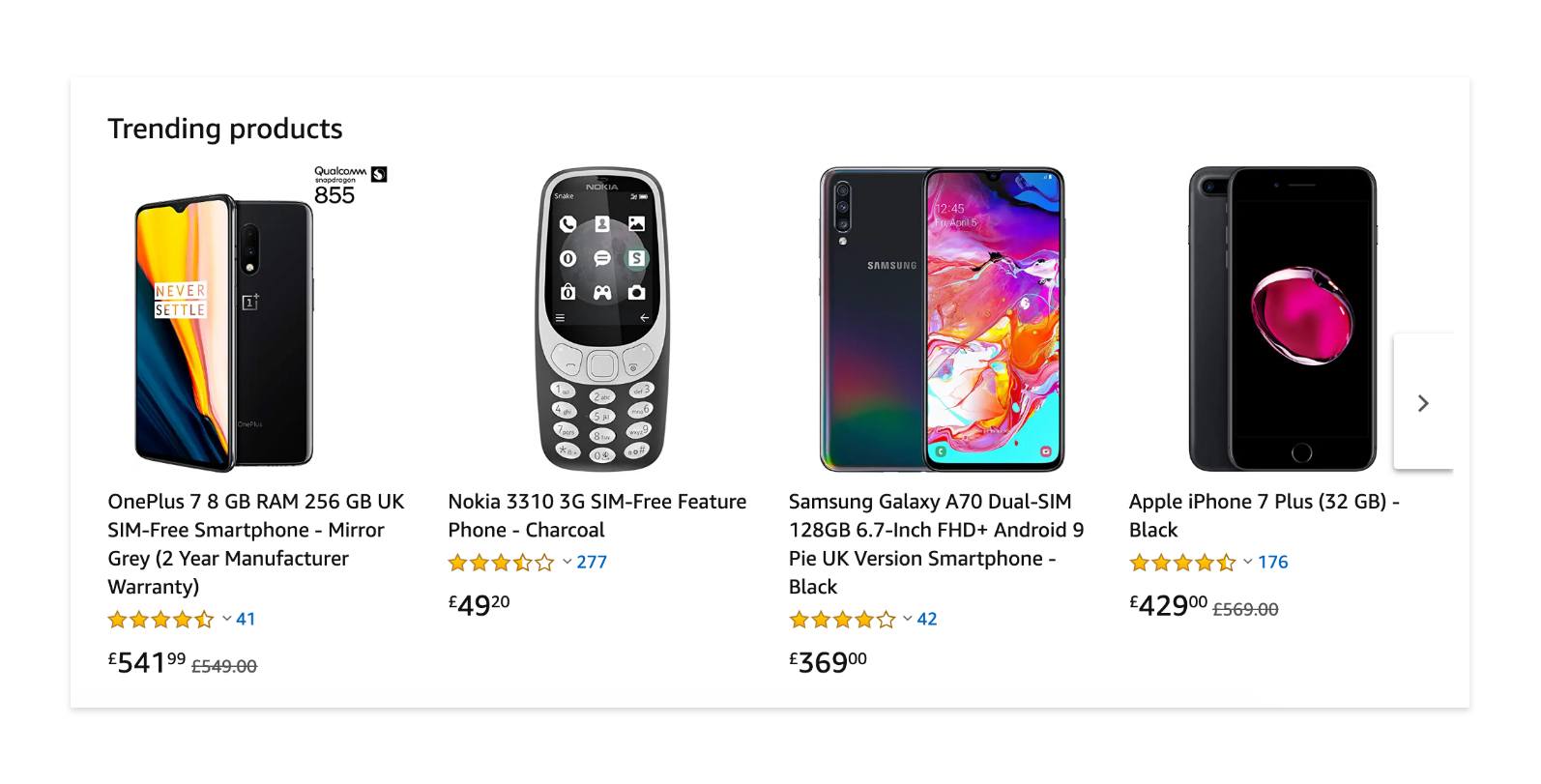 It’s the same when you view a hotel on Booking.com. In this case, Social Proof is often combined with a deadline and visible scarcity (“Only 2 rooms left on our site!”) 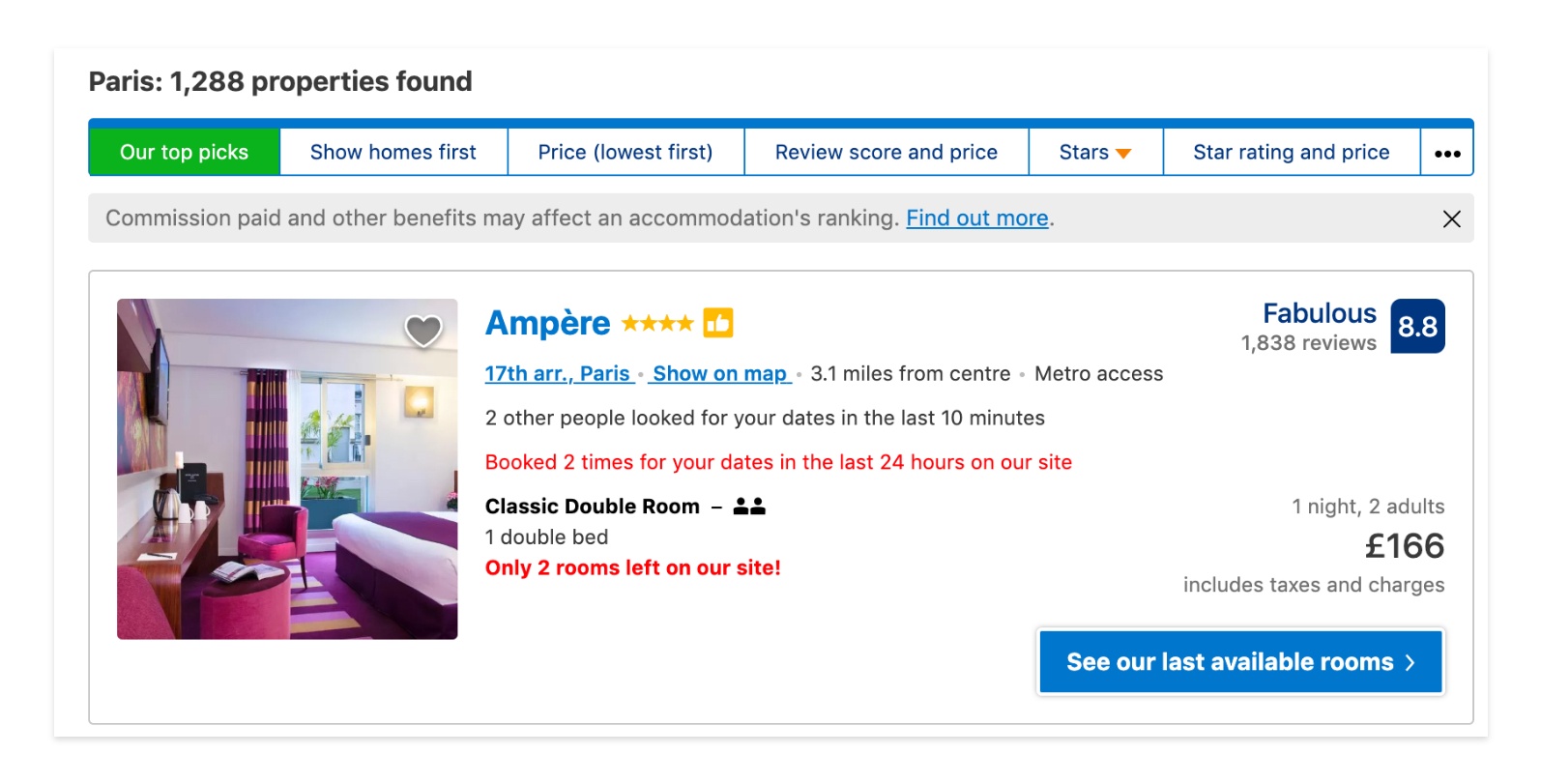 As these screenshots show, customer feedback is essential to a strong conversion rate. Because Social Proof is such a powerful influence on your customers decisions, the most effective form of marketing your products will ever get is customer reviews. You can add and manage these with the Shopify Product Reviews app, which is free to download and use. By turning on email alerts and disabling the auto-publishing of reviews, you can easily monitor the comments for your products.

Increase Your Shopify Conversion Rate With a Social Proof App

Social Proof apps are now some of the most popular Shopify apps in the “Sales and Conversions” category. There are over 212 different solutions, which vary from simple review widgets to full customer engagement apps. However, the way you use your Social Proof app is important as the app you choose. These are some “best practice” guidelines:

We tend to believe that our memory is an accurate record of our past experiences. However, not all memories are equal; certain types of memory have a much bigger impact than others on our overall perception. We pay more attention to unusual or spectacular things, and remember a new experience in more detail than subsequent ones. Because of this asymmetry, a few truly remarkable experiences can make a big difference to how we see things. By improving your customer experience, you can earn better reviews and more repeat customers – increasing your conversion rate in the long-term.

The Science of Experience and Memory

Increase Your Shopify Conversion Rate With a Better Customer Experience

Because memory is asymmetrical, you can create even more positive customer experiences (and reviews) by focusing on one or two key moments. The first few seconds after someone arrives on your Shopify store are critical – so you need to make sure you have a fast-loading landing page. Shopify gives some simple instructions on how to improve your site speed.

After that, you need to think about the last contact a customer has with your store. This could be a thank-you page, a re-marketing email or a digital receipt. Whilst receipts used to be a formality, they can also be used as an additional marketing opportunity. Open rates for email receipts can be as high as 70-90%, which makes them far more valuable than sales emails. They can also be tailored to your customers more personally, offering highly specific upsells and recommendations.

The important thing is to offer something unexpected and give some value to your customer. By focusing on a few memorable experiences, you can enhance your customer journey and multiply your Shopify conversion rate.

This is a selection of the most influential psychology and consumer behaviour books of the past fifty years. For books related to neuromarketing, see this 2020 reading list.

How Science Can Boost Your Shopify Conversion Rate

The most successful Shopify stores know their customers the best. For established businesses, that should involve techniques like customer journey analysis and building customer profiles.  However, any store can increase their conversion rate by exploring the science of how people make choices. Consumer psychology and behaviour is the fast-track way to understanding what makes your customers tick. 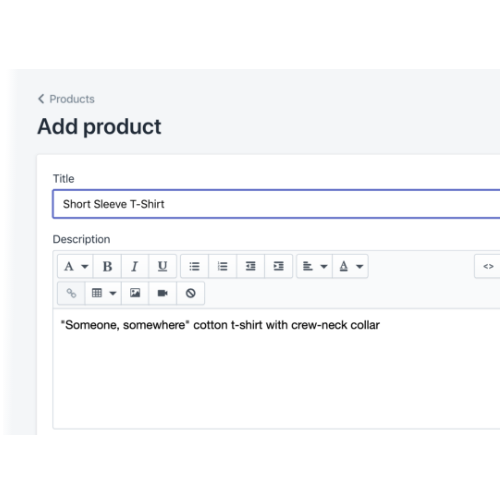 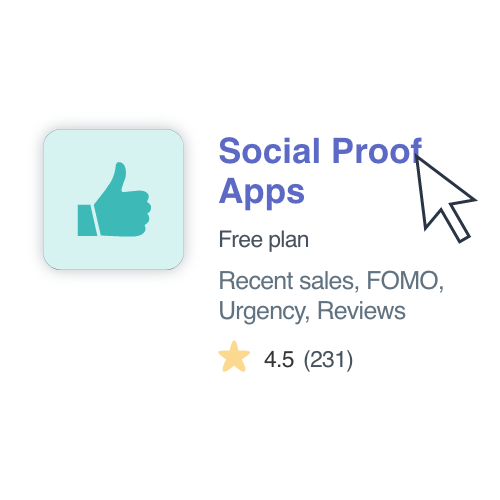 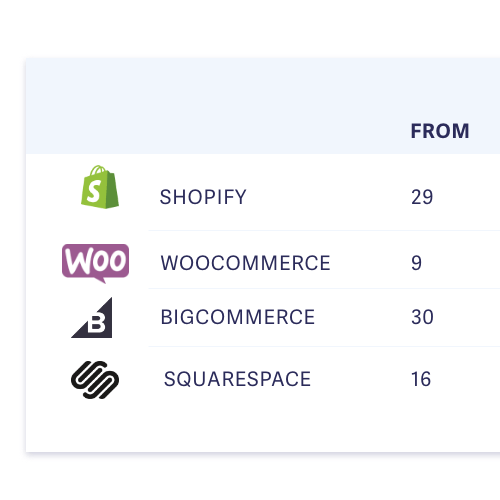 Shopify Vs The Rest: Best eCommerce Platform for Startups in 2020
546
views